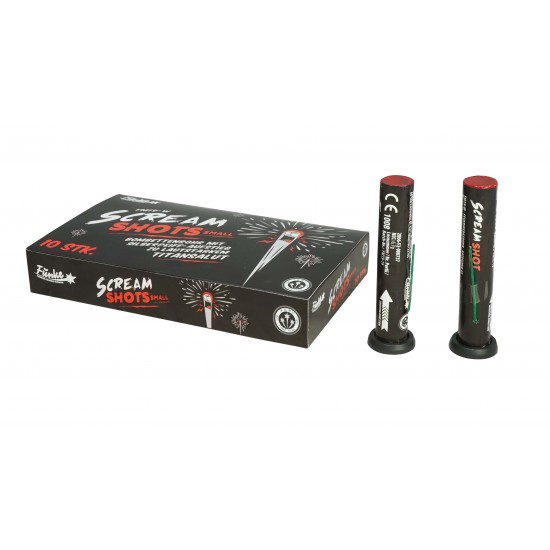 As it was missing in our assortment so far, we also made some singleshots with salute effect now.
As there is already a wide range of such items on the market, and I really like tails and rising effects, I tried to add a nice silver whistling tail to this item. I like whistle to bang as a combination, and also several of such items can be found in our scream-series.
For the size I think it worked out quite fine, this one turned out to be our best salute singleshot so far I think. The bang is quite fine, but for sure there are louder ones on the market, for which it´s not our goal to compete with these; also the whistles can fly quite high, and then ofcourse the bang does not seem as loud as when it´s very close by.
But especially because of the whistle and the special rising effect I have a lot of fun shooting it.