This page, in collaboration with, 'El Arte de la Pirotécnia' started a campaign.

The campaign is called #SponsorMascletà

Our aim is to highlight the terrible situation the Valencian Pyrotechnics are facing with a second year of their jobs being cancelled.

They have no voice, they have received NO support! And we want to change that!
On the 21st February it is the 10th year anniversary of the group that was set up by Jose Cañada for people that love and follow pyrotechnics and fireworks.
Originally we were going to celebrate with some small Pyrotechnics. Now it will also be the launch day of this campaign!

Since the campaign has started and thanks to our friends around the world for their contribution, we are able to put on a mascletà, if health allows it. If not on that date then it will be shot as soon as possible after and will be filmed live so EVERYONE can enjoy it.

We are now also holding a second mascletà in March. We hope on the day of San José, Day 19. And one per month to help all of the Pyrotechnics companies that are taking part.

Thank you and don't let there be silence!

Finally...on behalf of us all and the Facebook group, 'El Arte de la Pirotécnia, a big thanks to the following for your support so far!!

Well, it's looking quite positive!!

And if we can continue to raise money it will be even better!!

A big thank you to all the sponsors so far!

Now, seriously, we need to raise the funds because so far our mascletà calendar looks like this...

That's already 6 companies we are trying to help, but at the same time we are raising the awareness for the entire sector!


So 6 mascletà, 6 towns, can it get any better? Well yes, actually. Because there are more companies we want involved, no we want ALL of them involved!!

Don't forget, every shot will be live and direct, televised and also recorded for your pleasure to watch over and over again on YouTube. We are making history!!

All sponsors will be in the credits and over time you will each be thanked individually. The entire sector is extremely grateful for the show of support you have shown so far!

Thanks again to all of you!!

So give what you can, every little REALLY helps!!!

You can find the donation link in the comments section...

Due to the extension of the lockdown made by the Generalitat Valenciana this evening, we have had to postpone the first mascletà by Pirotecnia Nadal-Martí that was to be held on 21st February to March.

The current curfew and isolation/lockdown was due to end on 15th February but it has now been extended to 1st March.

If permission is given we will now be shooting it on Sunday 7th March in L'Olleria.

The second shoot by Hermanos Caballer Pirotecnicos will be shot on the 19th March in Xàtiva and is now in collaboration with the local JLF also.

We will of course keep you posted on everything.

Meanwhile please do not let it put you off from helping as the campaign is working and raising the awareness for the sector. 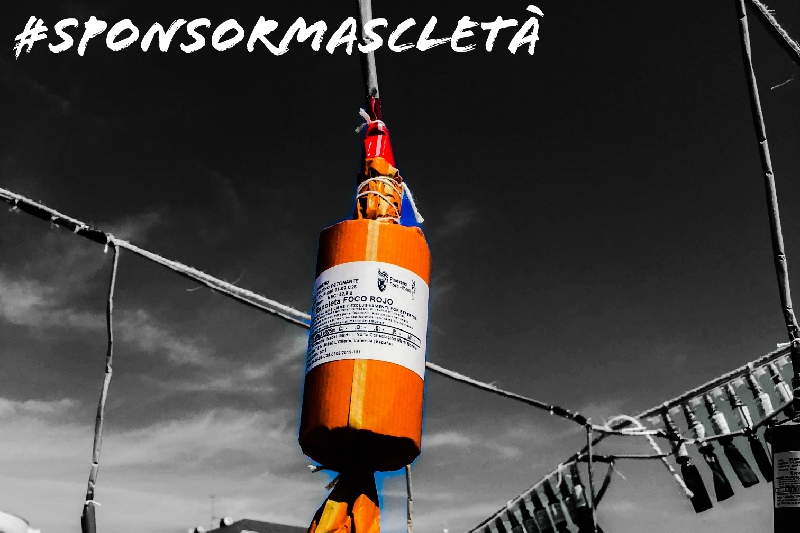 Can you help sponsor a Mascletà or even a Small display? As y… Darren Bishop needs your support for Help the Pyrotechnics sector in Valencia, Spain

The pyrotechnics of Valencia propose a great night show on 19th March 2021!!

If this is the case, and it's looking possible, the fireworks would be fired on the night of San José from various different points to be visible from all over the city.

The pyrotechnics association of Valencia, Piroval, has proposed to the Valencia City Council to fire a pyrotechnic show on 19th March, Saint Joseph's Day, from different points of the city at night. This will again be designed so that it can be seen from windows, balconies and terraces for ultimate safety and to avoid large groups of people.

This initiative, with the Fallas suspended, would have a fallas spirit and would serve to reactivate the summer campaign of the pyrotechnic sector, with the town hall as a reference, as the president of Piroval, María José Lora, has indicated to EFE, after meeting with the Councilor for Culture Festive, Carlos Galiana.


María has said, "the City Council has been receptive and the proposal has been well accepted, although they have to study it and consult it with the health authorities first and foremost".

The intention is to carry out a pyrotechnic show on the day of San José, after 10pm, and that it be broadcast on television so it can be seen by citizens from their homes.

They want to reactivate the summer campaign which runs from June to October/November, the most important time for this business, in the current situation of uncertainty.

In other news, the association of pyrotechnic companies, that is made up of 27 companies, have called a demonstration for 1st March in Plaza del Ayuntamiento, symbolically coinciding with what would be the first official mascletà of the Fallas of 2021 gunpowder calendar.

For the moment, the sector has not received any aid from the government administration.

The 19th of March is also when we officially launch our #SponsorMascletà campaign with , 'El Arte de la Pirotécnia', with not one, but two great shows for you!

Both of these have been agreed and paid for thanks to our campaign and sponsors!!